The Business Case for leadership Coaching

Being high up in the hierarchy is wonderful, and what’s great about being human is that … you can still grow!

Leadership Coaching is a vehicle that expands your capacity so you and your organization gains. 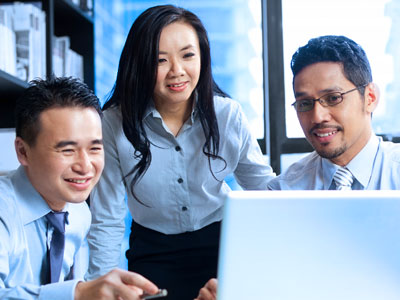 A study on the impact of Leadership Coaching determined the ROI was 689% (factoring in the fully loaded cost of the coaching including opportunity cost associated with the time leaders spent being coached). That means for every $1000 invested in coaching, the organization reaped $6,890 in benefits. Wow.

The leaders were very satisfied with their coaching experiences:

A study on the impact of coaching in a Fortune 500 firm found an ROI of five to seven times the initial investment in an executive coaching program – every $1000 invested in coaching generated $5000-7000 in benefits. Another wow.

A study of 100 executives coached for 6-12 months documented an ROI of 570% on the initial investment in the coaching program.

Coaching helps organizations get the most from other tools

A study on executive coaching as a tool for transferring training noted that training with managers increased manager productivity by 22%, and adding a one-to-one (8-week) coaching intervention after the training pushed productivity to 88%.

Did you see that?

Increased productivity from training went from 22% to 88% – coaching made the training FOUR TIMES more effective. One more wow.

Studies have found that coaching reduced executives’ stress an average of 18% after 8-10 coaching conversations, while some participants experienced a reduction in stress level as high as 47%.

Several (as in 17) studies have found that the process of coaching benefits the individual and organization by increasing the individual’s confidence, developing strategies for coping with work demands, and enhancing personal performance.

Coaching is popular for developing leaders because it work. It makes sense.

What’s not to love?

In the past 2 years we’ve re-written plans & goals umpteen times.

The Gold-Medal Game Plans for Entrepreneurs or Managers can help you navigate the "next normal".