Your Guide to Turning Barriers into Bridges 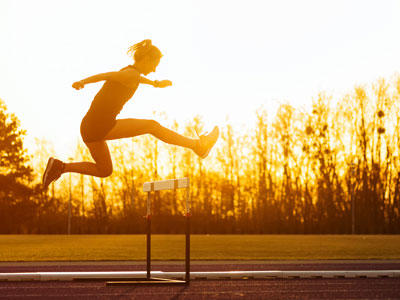 Quadrant  1: Unconscious Incompetence We don’t know what we don’t know. At this stage, we’re blissfully unaware of our incompetencies.

Quadrant  2: Conscious Incompetence We know that we don’t know. Often it’s a rude awakening that causes us to realize, “Uh-oh. I don’t know how to…”

Quadrant  3: Conscious Competence We know! We’re aware of our new skills and we’re concentrating on developing them.

Quadrant  4: Unconscious Competence It’s natural! Our new skills have become habits we don’t even have to think about.

What strategies move you through to unconscious competence? I’d love to hear from you. Write me@conduitcoaching.com.

In the past 2 years we’ve re-written plans & goals umpteen times.

The Gold-Medal Game Plans for Entrepreneurs or Managers can help you navigate the "next normal".